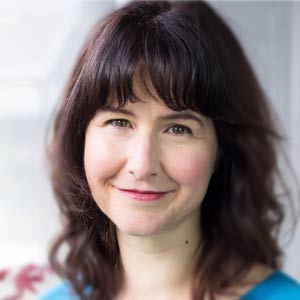 Julia Whitney is general manager for User Experience and Design at the BBC.

As general manager for UX and Design at the BBC, it’s safe to say that Julia is responsible for one of the largest user experience teams in the UK.

Having worked her way up the ranks of the BBC, Julia has been involved in every aspect of the BBC’s digital offering, including recent re-launches of the BBC Homepage, as well as their weather and sports offerings. However with her deep fascination in telling stories across multiple platforms, it’s her and her team’s work on the 2012 Olympics that really sparked our interest. So we look forward to hearing a warts-and-all account of what it was like designing tools and services for one of the biggest digital events our country has ever seen.

The BBC was the official broadcaster, and we took the opportunity to create the first truly digital Olympics. With 2,500 hours of live coverage and up to 24 live simultaneous streams, we aimed to give people choice and control ­to watch whatever they wanted, wherever they were.

This case study is about how we designed the UX of this digital Olympics, across mobile, tablet, desktop PC and connected TVs. And what we learned when we watched with avid curiosity as 55 million people used what we made over the 17 days of the games.