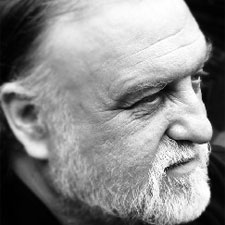 Richard Seymour is co-founder and design director at Seymourpowell.

Along with his partner Dick Powell, Richard founded the product design and innovation consultancy seymourpowell in 1984. Since then the company has grown to 90 people and has produced a range of iconic products along the way.

The pair have become two of the most influential designers in the UK, not least through their Channel 4 TV show “Better by Design” where each week they were tasked with re-inventing a seemingly mundane household product.

Richard talks warmly and eloquently about the fundamental nature of design and has inspired many along the way, including several of the designers at Clearleft. He has also given one of our favourite TED talks on design ever. So we’re delighted to have Richard present a keynote on the final day of the conference.

The Rise of the Meta-Product

In the 21st Century, the world does not consist of digital equivalents of physical products and services. How designers cope with the new meta-product world order is the real question to be asked right now.