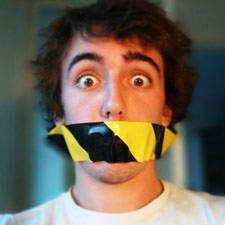 Simone Rebaudengo is an interaction designer at Frog Design.

One of our directors Andy saw Simone present a case study at the Design and Emotion Society conference earlier this year and absolutely loved his work. So he was keen to have him present to the UX London community.

Simone is currently an interaction designer at Frog in Munich. However the project he’ll be presenting was initially conceived while working with London based artist and designer Usman Haque. We won’t go into too much detail, as we don’t want to spoil the surprise, however Simone’s work focuses on the relationships people have with their devices and what it means for something to be addicted to it’s own use.

In a similar way to an addict, we are increasing getting rewards from our consumption of products - we simply have much more than we need. As designers, we can find strategies to cure this addiction or to push for a behavioural change. Still, most of it is in vane.

However, What if things themselves can be designed with a goal, which we may not understand or agree with, but that might bring to a long term positive change? What if we shifted perspective and the products themselves were instead addicted to be used - the primary concern of any product from its own perspective?

This is the story of Brad and a network of Addicted toasters, an experiment that explores the conversation between a product with its own goal and its owner and the implication coming from this product being part of a network of things and people.