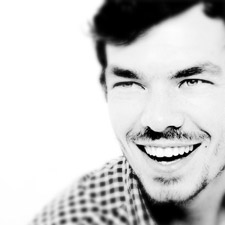 Paul Adams is global head of Brand Design at Facebook.

We first met Paul while he was working alongside Leisa Reichelt at Flow Interactive. He subsequently joined Google and headed out to San Francisco where he led their social research team.

Paul has long been interested in the effect offline relationships have on online behaviour, and much of his research influenced the creation of Google+. His work has also impacted on Gmail, YouTube and their mobile offerings. During this time Paul started writing a book called Social Circles, the fate of which has now passed into UX lore. His second book, Grouped, fared much better.

Paul is currently global head of Brand Design at a small social network in California called Facebook. Work keeps him extremely busy so he doesn’t speak half as much as he should. However he’s an extremely compelling speaker and we’ve been lucky enough to see him present on several occasions. So we’re really excited to have tempted him back to London for a rare, but eagerly awaited appearance.

The Principles of Social Design

The web is currently undergoing a huge shift. It is being rebuilt around people rather than being built around content. This means UX professionals will need to deeply understand how to design social experiences, which is different to designing user experiences. For example, there is often no clear task, no set user goal, no clear outcome, and no personas to design for. With social experiences, it is debatable whether you should do research before designing, or whether it is better to design, ship, in order to learn and iterate. In the next 12-24 months, social design will become a key requirement for UX professionals and it will make us question our best practices. In this workshop, Paul will walk through key design principles with lots of examples to help you design better social experiences.